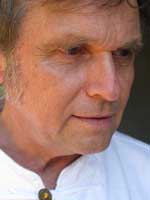 PREVIOUS APPOINTMENTS, CONSULTING, AND OTHER PROJECTS 1965-2017

Founder, President and main shareholder of the International Academy for Innovative Education, Psychology and Economy (INA gGbmH), until 2014 linked with Freie Universitaet (Free University) of Berlin

Director of the Pre-School Education Department of the Deutsches Jugendinstitut (German Youth Institute) in Munich, planning and monitoring the nationwide reform of kindergartens

Consultant of Hanseatic School for Life in Phang Nga/ Thailand

Head of the project "Kindersituationen" involved in educational reform of kindergartens and day nurseries in the five former East German States of the Federal Republic of Germany and the eastern part of Berlin, financed by the German Federal Government and the States

Head of a project reforming colleges for kindergarten teachers in the states Brandenburg and Mecklenburg-Vorpommern supported by the German Federal Government
Consulting and project work in countries of Asia, Latin America, Africa and Europe with special attention to:

• Community schools in Austria and Germany

Consultant of the Council of Europe

Member of the Global Agenda Council of the World Economic Forum

Co-founder and member of the Board of the Existenzgruender-Institut e.V. Berlin (Institute for Entrepreneurship Berlin)

Member of the German UNESCO Commission

Member of the Supervisory Board of the Berlin-Potsdam International School

Member of Supervisory Board of the Louisenlund Boarding School

Studies of psychology, educational science and law at the universities in Hamburg, Freiburg and Muenchen, Diploma in Psychology

AWARDS
Order of Merit of the Federal Republic of Germany

Award of the Ministry of Education Baden-Wuerttemberg